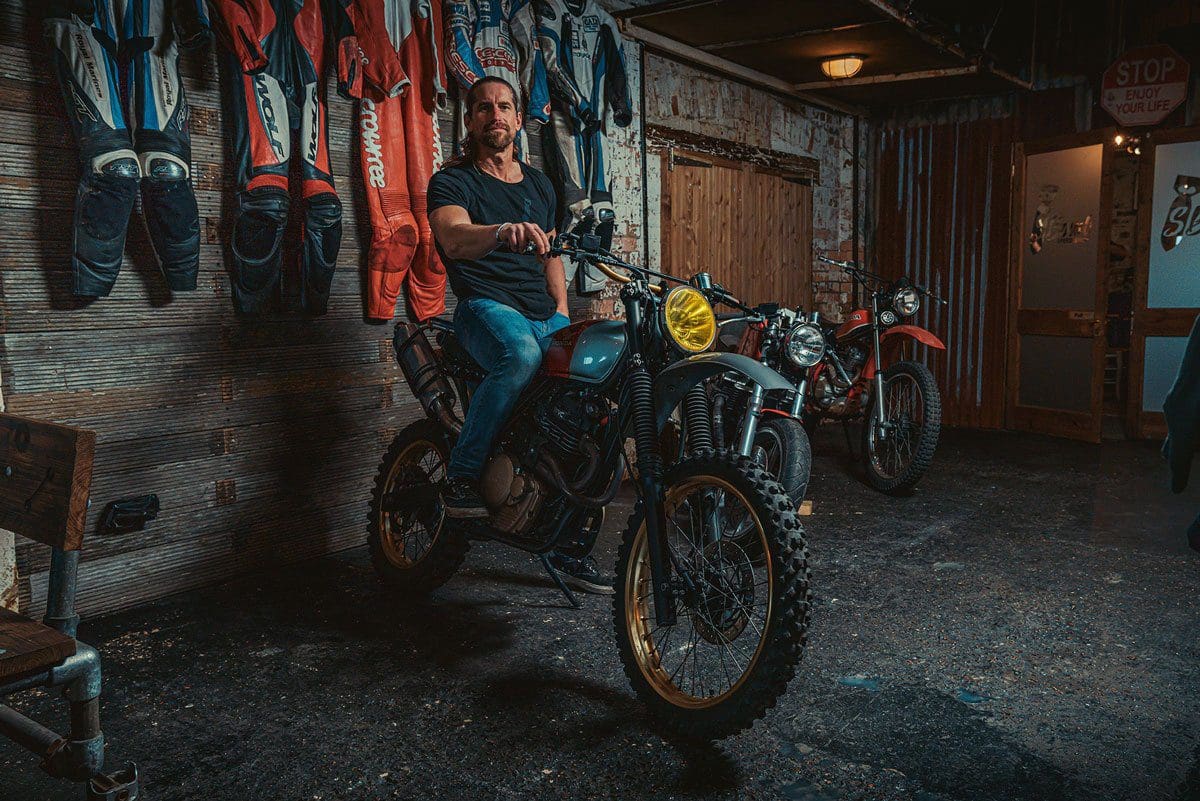 This series sees Titch face a range of challenges. He’ll bring new life to broken and battered machines working alongside his two real-life friends – Billy, a mechanic and ex-Tank Regiment Commander who suffered life-changing injuries in an Afghanistan bomb attack, and engineering expert John, a former Staff Sergeant from the Royal Electrical and Mechanical Engineers.

The gang open the series by creating an adapted motorcycle sidecar for ex-Special Forces soldier Toby, who is paralysed from the neck down having been shot in Afghanistan. Despite needing a mechanical ventilator to breathe, he is determined to experience the joy of being back on a bike.

Later episodes see the crew explore further afield as they take on a Moroccan desert expedition with a veterans’ charity and devise an inventive solution enabling them to trek hundreds of miles across the stunning snowscapes of Iceland – on bikes!

Titch also pays tribute to the man who inspired his military career, his late grandad, Corporal William Cormack. The personal project sees him aim to ride a custom-built machine to the French beach where his grandfather landed during D-Day so he can pay tribute to the soldiers who fought so bravely during the Second World War.

Titch Cormack says: “The Speedshop has been a fantastic experience for the whole team – taking on projects and journeys that not only tested our mechanical skills, but pushed us into situations well outside our comfort zone. I’m immensely proud of what we achieved and lives we’ve changed over the last year.”

Clare Mottershead, BBC Commissioning Editor, says: “Titch and his team have infectious chemistry and a never-give-up attitude when it comes to taking on challenging builds and adventures.  We’re delighted to be bringing such authentic new talent to our audiences.”

Grant Wardrop, Executive Producer from GW Productions, says: “The Speedshop has grown from humble beginnings (my kitchen table!) to something far bigger than we could have hoped for. The real-life friendships, the humour and the team’s adventurous exploits have taken the series beyond engineering and we hope straight into the hearts of BBC viewers.”

Episode one will air at 8 pm on Sunday, 20th March on BBC2, so make sure to tune in.