The Isle of Man-based Moddey Dhoo Motorcycle Club, named after the fabled black dog that some would have you believe still haunts Peel Castle, has presented the Southern 100 Supporters’ Club with a cheque for £1860 to go towards safety equipment for the races held over the Billown circuit each July. 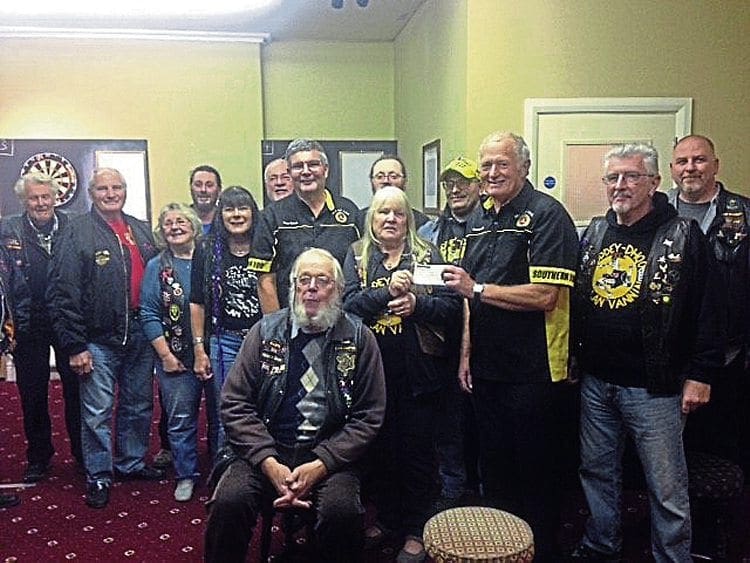 The cheque was handed over by Barbara Barlow, whose late husband Denis was a staunch supporter of the ‘friendly races’, after the money was raised at a rock ‘n’ roll evening in his memory at the Manx Legion Club in Douglas during the Festival of Motorcycling.

Read more News and Features in November’s issue of OBM – on sale now!