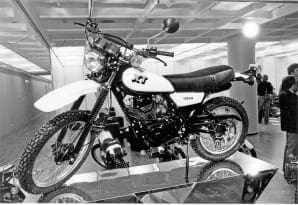 Eyebrows were raised when Yamaha entered the ‘big single’ market in the 1970s – but it had done its homework thoroughly to put some tired old bogeys to rest, writes Steve Cooper.

Yamaha’s XT and SR500 – a singular sort-out
A Japanese single – and an excellent one at that. Yamaha took the world by storm when it launched its XTs.
Without exception, every motorcycle we’ve looked at in Old Bike Mart’s middleweight series has run a multi-cylinder engine because, in the period we tend to cover, single-cylinder machines were generally the preserve of tiddlers, with the occasional foray into 250cc territory.

Quite simply, Japan had the good sense to keep away from big singles and focus on machinery that they knew would generate reliable sales.

Even if older riders from the period might have bemoaned the lack of big feisty singles, the commercial reality was something rather different.