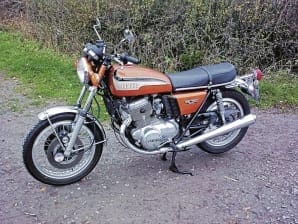 Those who believe that Yamaha was late to join the four-stroke party have probably, and understandably, missed some of the earlier machinery.

For many classic enthusiasts, Yamaha’s all-time great, aka the XS650, is little more than a poppet-valved aberration sitting wraith-like in the background behind copious volumes of two-stroke smoke.

Yet it was, and remains, one of Yamaha’s best early bikes regardless of valves, porting, megaphones or expansion chambers, and proved to be a seminal design even if a lot of its precepts were based upon two-stroke technology allied to some input from the sister musical instrument organisation and the Toyota car business.