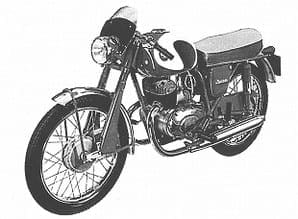 The town of Ashford in Kent may seem an unlikely place for a manufacturer of bicycles and motorcycles, especially when the hub of the industry lay in the Birmingham and Coventry areas of the Midlands. However, not every successful business was located there – Yorkshire produced both the Scott and the Panther, London the AJS and Matchless, and Bristol the Douglas, so Norman Cycles Limited had as good a claim to fame as any.

Charles Norman founded the business well before the 1914-18 war, as the Kent Plating and Enamelling Company, a good enough background for what was to follow later. Joined by his brother Fred in 1935, they formed Norman Cycles Limited, to make bicycles in a new factory in Beaver Road. Exactly why they decided to diversify into motorcycles a couple of years later is not known, although one of the two models they had on offer at the 1938 Motor Cycle Show was a 98cc autocycle, catalogued as the Motobyk. At that time the autocycle was becoming popular as a cheap to run utilitarian form of transport, virtually a bicycle fitted with a 98cc Villiers engine, that would take the effort out of pedalling. Pedals were retained, however, not only for use when starting, but also for what was euphemistically described as 'light pedal assistance' when ascending steep hills. The prospects for making such a machine, not far removed from the bicycle, could have attracted them, whilst they continued to make good quality pedal cycles. 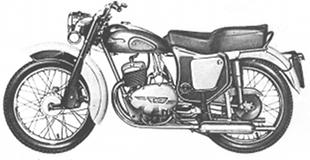 Norman also offered a 125cc motorcycle of somewhat unconventional design in 1938, having a frame with a single curved tube, to replace the conventional separate tank and saddle tubes used by other manufacturers. It too was fitted with a proprietary single- cylinder Villiers two-stroke engine, in this case of 122cc capacity and including a gearbox. The motorcycling press drew attention to the attractive design of the manufacturer's logo, which featured a Norman warrior carrying a banner.

Sadly, World War II intervened before this newcomer to the motorcycle industry could make much impact, although it is not widely known that Norman Cycles took the Rudge autocycle under its wing when the Rudge factory closed for good in 1939. They continued to make it under the Rudge name and to sell it in parallel with their own model, until the production of civilian machines came to an end for the duration. It wasn't until after the war, at the 1948 Motor Cycle Show, that Norman, in common with other manufacturers, could once again introduce their latest designs to the general public.

Own autocycle
Norman persisted with their own autocycle until 1955; the Rudge did not reappear though, as the manufacturing rights for Rudge bicycles and motorcycles and the trademark had been sold to Raleigh Industries during 1943. Meanwhile, the motorcycle range extended, to comprise the B1 and B2 models of 122cc and 197cc respectively, both Villiers powered and both with three-speed gearboxes.

At the November 1954 Motor Cycle Show, Norman announced a twin cylinder model, the T/S de luxe, based around the 242cc British Anzani engine, a two-stroke with an ingenious rotary valve that conveyed the incoming mixture through a cored but somewhat devious passage in the crankshaft. 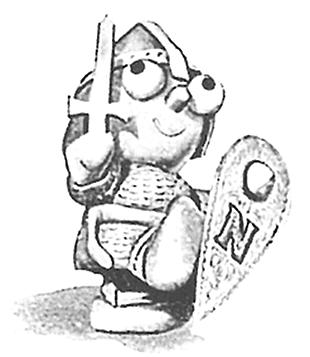 The machine was fitted with an Armstrong leading link front fork, pivoted fork rear suspension, dualseat and rear bodywork panels. It had a somewhat short shelf life, as by April 1958 it had been replaced by the B3 de luxe; subsequently to be renamed the B3 Roadster. This new model used a piston port twin cylinder 2T Villiers unit and proved to be altogether a better and more stylish machine.

Just eight months later, the B3 Sports made its debut, basically to the same specification, but with sports handlebars, polished mudguards, a 2½ gallon fuel tank and competition footrests.

The ultimate in the range came with the introduction of the B4 Roadster and Sports models in late 1960, similar in many respects to the corresponding B3 models, but with a new frame, a 3½ gallon tank and 6" full-width hub brakes, Taking advantage of the 'cafe racer' era, a particularly attractive feature was the 'jelly mould' styling of the fuel tank and, in the case of the Sports, the two-tone colour scheme, with light alloy wheels as an optional extra. The B4 Sports had a high compression engine and came finished in red, relieved by white on the fuel tank. It retailed at £192.0.0d inclusive of Purchase Tax. In skilled hands, a specially-prepared B4 Sports could be made suitable for racing, although the engine always seemed to have a voracious appetite for piston rings! As to the B4 Roadster, this was fmished in either Cyprus Green or Black, retailing at an identical price to the Sports and making for an excellent high performance road model.

Raleigh Industries
It came as something of a surprise then, when the Norman brothers sold their business to Raleigh Industries in 1961, having announced their intention to retire on 31st July that year.

A contemporary road test of a 1961 B4 Sports indicated a maximum speed of 70 mph, although the speedometer was subsequently found to read on the optimistic side, the corrected reading being 66.1 mph. Fuel consumption averaged 112 mpg at a constant 30 mph, but rose significantly to 60 mpg at a constant 50 mph; averaging out over 500 miles at 54 mpg. The engine was completely free from vibration and showed no signs of tightening up or other distress, throughout the test. Handling was first class, the Armstrong front fork and the pivoted rear suspension receiving favourable comment. The brakes were in keeping with the performance too, and could be relied upon with confidence. The only criticism was that the offside footrest wasn't well sited in relation to the high mounted kickstarter. On full depression, the lever brought the rider's toes into violent and often painful contact with the footrest which, naturally, restricted the starting effort!

At the time of this test, the manufacturers address was given as Norman Cycles Limited, Downing Street, Smethwick (in the West Midlands). The long-standing association with Ashford had gone, soon to be followed by the Norman name itself. Now, alas, it is an almost forgotten name amongst the younger generation.