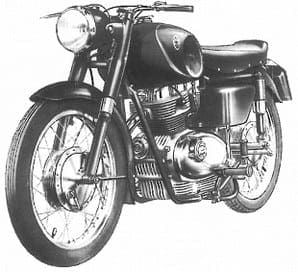 Maserati conjures up the image of highly successful racing cars finished in Italian racing red, with legendary drivers such as Fangio, Ascari, Bira, Moss, Taruffi, rabham and Hawthorne, to name but a few. Formed by five brothers, the company had entered the industry comparatively late, in 1926. They soon made their mark, not only with their racing cars, but also with sports cars of an equally high standard. Few will recognise Maserati as motorcycle manufacturers, perhaps because their brief appearance on the UK market was only for a couple of years or so.

By the mid 50s, the importation of foreign-made motorcycles (a broad classification that included scooters, three-wheel 'bubble cars' and mopeds) had grown from 1,600 in 1952 to 59,000 just three years later. This signalled an alarming trend, as the number of imports now almost equalled the number of British machines exported, much of this dramatic increase being attributed to the boom in scooters and 'bubble cars'. Worse was to follow. The appointment of UK distributors for these foreign imports gave the newcomers a foothold in the UK market, and the opportunity also to import motorcycles and mopeds. By 1957 the ratio of imports to exports had risen to more than 2:1, mostly from Italy and Germany. By the end of the decade it had risen again, to more than 4:1. 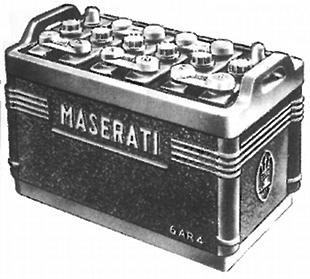 Motorcyclists are renowned for their conservative outlook and reluctance to accept change. Many promising designs had foundered for this very reason. However, having been through World War 2 and the long period of enforced austerity that followed, the attitude of a new generation of motorcyclists had changed. To them, British design was becoming too stereotyped, and as the continental imports began to flood into the country they were seen to represent a quite different approach to design. Not only were these new models gracefully styled and presented in bright colour schemes but more to the point their manufacturers has not been afraid to experiment An added incentive was that pricewise, most were competitive with their British counterparts.

Well worn path
The hard core of older diehards continued to follow the well worn path and buy British, much to the relief of our home-based manufacturers. They tended to regard the imports as little more than a flash in the pan, likely to have no guarantee of continuity. Up to a point their assumptions were correct. Whilst some of the newcomers survived to outlive the British industry when it finally collapsed, there were many of the new wave of importers who also had fallen by the wayside.

Some of the newly appointed UK distributors had been hastily signed up in the rush to get established in the UK market. Often they had little experience of the cut and thrust of the UK motorcycles trade. Others represented manufacturers that made a whole range of models whose specification changed so frequently that the spare parts and technical literature back-up could never hope to keep pace.

Comparatively few were a direct offshoot of the manufacturer, let alone trading under the same name, which added to the confusion of the first purchaser. Getting a machine serviced or repaired in areas remote from the distributor's one address in a far away town or city could prove a real problem. Other dealers refused to handle them at all as they did not see why they should help someone who had bought the machine from one of their competitors. Any such action would have violated the manufacturer's guarantee too.

It was against this background that Maserati took space at the 1956 Motor Cycle Show to display a range of four models, two single cylinder 125cc two and two ohv single cylinder models of 160cc and 250cc capacity. Three of them were finished in an eye-catching Italian racing red, and all projected the image in which the Italian manufacturers excelled. Their sleek lines conveyed the impression of speed.

Many of their contemporaries
Maserati did not fall into the same trap as many of their contemporaries. They appointed G. Nannuci of 5/6, Newman Passage, Newman Street, London W1 as their British distributor. Nannuci were already well-established in the scooter trade and used to dealing with Italian manufacturers. To have the opportunity to handle the products made by such a prestigious company as Maserati must indeed have been welcomed with open arms, especially as Maserati also made its own sparking plugs and batteries at its Modena factory.

Dealing firstly with the two-strokes, both shared a similar single downtube frame with a conventional telescopic front fork and pivoted fork rear suspension. Built along unit-construction

lines, their respective engines employed similar bore and stroke dimensions, 52x58mm. But there the similarity ended. The L1 25/T2 model was intended for general touring use and its 123cc piston port engine had a power output of 5bhp at 5,000rpm, and a three speed gearbox. Maximum speed was quoted at 75-80mph.

The 125/TV22 model featured a piston port engine with more generous finning and a four speed gearbox. Attention to the engine had raised its power output to 8bhp at 6,000rpm. Surprisingly, both models relied on petroil lubrication, 6% and 10% respectively.

The L160/T4 158cc four stroke had a short stroke 60x56mm ohv engine built in unit with a four speed gearbox. Intended as a lightweight touring model it had a power output of 7.5bhp at 6,000rpm and a maximum speed of 95-100kph. It was an imposing looking machine, the cradle frame being of the duplex tube and the engine having a finned sump Full width hubs were also in evidence. 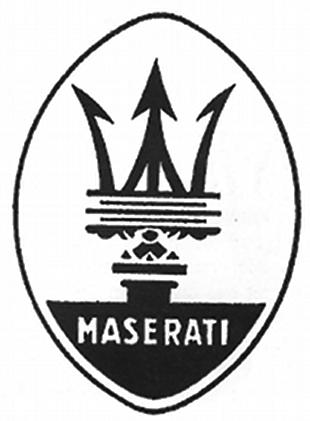 If anything, the 246cc 250/T4 was even more imposing, although unlike its smaller capacity bretheren it was finished in black, the only evidence of red being in its two tone petrol tank. Its short stroke 70x64mm engine built in unit with a four speed gearbox was generously finned and almost completely filled the duplex tube frame. Unlike the other three models it had coil ignition and larger diameter full width hubs. The standard version produced 12.5bhp at 5,300rpm, to give a maximum speed of 105- 110kph, but there was also a sports model to the same basic specification that had a maximum speed of 125-130kph.

The 1956 show issue of The Motor Cycle suggests that only the 125/TV22, 160/T4 and 250/TV models were being imported by Nannuci, at a retail price that proved a considerable deterrent. Although it is difficult to compare their respective prices of £186, £235.12s and £308.14s with similar British made products, the differential put them well beyond the reach of all but a few. By the time of the next show in 1958, all four models had disappeared from the list, to be replaced by a 75/T2 75cc two stroke that sold for a more modest £125.15s. It seems unlikely that Maserati were unduly worried as they were able to sell to their home market all they could manufacture.

Today, a Maserati motorcycle is rarely seen in the UK. It would be interesting to know how many were sold and of those, what percentage still exist.