Readers of the June 1993 feature in this series will recall that at the end of their 1959 season, Ariel Motors Ltd., discontinued their four-stroke range for which they had been world famous. A change in company policy had dictated that henceforth they would "concentrate on making two-stroke twins, following the successful launch of their 247cc Leader model during July the previous year. It was the brain child of Val Page, one of Britain's most outstanding designers, who earlier had been impressed by the somewhat similar Adler twin of German origin.

Using the sales slogan, Tomorrow's Design Today!, the Leader certainly made an impact, with a top speed of approximately 70mph and fuel consumption around the 70mpg mark when ridden at a steady 50mph. For the 1960 season, a more sporting variant became available, the Arrow, which dispensed with the Leaders' enclosure panels. Then about a year later still came the Arrow Super Sports model which, with its distinctive gold-coloured 'petrol tank', led to it being known unofficially as the Golden Arrow.

Ariel had become part of the BSA empire as far back as 1943, when Jack Sangster, who owned the company, sold it to the BSA Group. For a long time Ariel Motors seemed to have retained its autonomy, but times were changing and the British motorcycle industry was beginning to drift towards its terminal decline. It was a BSA decision to cease production at Ariel's premises in Selly Oak during the spring of 1963. Sadly, only two more years were to elapse before production of the two-stroke twins came to an end. It is claimed a contributory factor was that Buman were no longer prepared to make the gearbox and that the other companies that made nthe metal presswork were looking elsewhere for more remunerative work. At the time when production ceased it is alleged about 20,000 Leaders had been made, and it has been suggested that if the number of Arrows and their variants were also taken into account, this number almost doubled. Included in this latter total is one model so far overlooked in these features, the Ariel Arrow 200.

In 1964 a decision had been made to produce a 'cut down' version of the Arrow to help boost sales to the lower end of the market. To do so was a relatively easy exercise, which meant reducing the cylinder bores from 54 to 48.5mm to give a capacity of 199.4cc, fitting a smaller bore Amal monobloc carburettor, and reducing the overall gearing. From the purchaser's point of view there was only a small but useful reduction in purchase price of just over £5 (£187.10s.4d as compared to £192 of the standard Arrow) but of more importance was the reduced insurance rate. Surprisingly, the performance of the Arrow 200 differed but little from that of its 247cc counterpart. Maximum speed was quoted as 65mph, with an improved fuel consumption figure of 90mph when ridden at 40mph.

Distinctive badge
Visually the Arrow 200 looked very much like its bigger brother, apart from a distinctive badge on the 'petrol tank' and the option of two colour schemes – an ivory coloured chassis with the 'petrol tank' and secondary chainguard finished in either aircraft blue or British racing green. In other respects, the specifications was virtually unchanged. A number of options were available to the prospective purchaser, although not quite as many as had been offered with the Leader. These comprised a prop stand, a detachable front stand, a waterproof cover for the dual seat, whitewall tyres, heavyweight rear suspension springs,a petrol tap that provided a reserve feed, and a windscreen.

1965 proved a bad year for motorcycle sales as a whole. Although the number of new registrations had risen from 165,505 in 1963 to 205,125 in 1964, they fell back to 150,906 in 1965. Furthermore, Ariel production had already been seriously interrupted when the assembly line had been transferred from Selly Oak to BSAs premises in Small Heath. Towards the end of 1964 the standard 247cc Arrow was no longer evident at that year's Earls Court Show, as it had been dropped from production a few months earlier. It was not long before the other two-stroke twins followed suit.

Not the end of the story
Yet as far as the Ariel name was concerned, it was not the end of the story. It came several later when it suffered the greatest indignity of all – to be identified with the truly dreadful Ariel 3 in 1970. Suffice it to say that when this comical three-wheeler was advertised under the slogan 'Here it is. Whatever it is' that in itself said it all. There were few to mourn its passing but many to witness the demise of another British motorcycle manufacturer with roots that went back to 1902.

It has been suggested in certain quarters that the two-stroke twins could have continued in production for a few more years, had their full potential been exploited. Sammy Miller, then working in the Ariel Competition Shop alongside Jeff Smith and Chris Vincent, had prepared a variant of the two-stroke twin with a tubular frame and a telescopic front fork tha could have been this country's first trail bike, long before the Japanese came up with a similar concept. 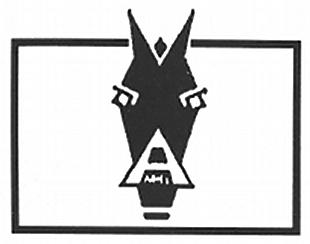 That the two-stroke twins had potential, there can be no doubt. This was confirmed when Herman Meier prepared a 247cc Arrow for Michael O'Rourke to ride in the 1960 Lightweight TT. He astounded everyone by finishing seventh at a race average of 80.18mph on what was had the appearance of little more than a standard production model, 2½mph faster than Luigi Taveri's factory-entered MV Agusta!

It is alleged Edward Turner was responsible for terminating further development of the Ariel two-stroke twins. A taped interview made after his retirement from the BSA Group confirms he held little respect for Val Page's capabilities as a designer. True or not, one can only conjecture how the two-stroke twins may have progressed had their development been allowed to continue.