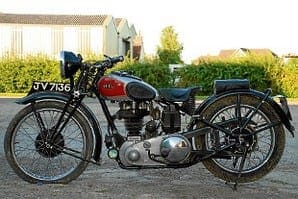 More than 40 rare, unusual and collectable vehicles were hoarded by John Linegar of Grimsby who left them largely untouched for decades before his death aged 83.
Highlights include a 1921 Campion 550cc, 1924 BSA 350cc and 1921 Sun ‘Vitesse’ 250cc. There is also a 1939 Ariel, two BSA Bantams and an unusual 1923 Harper ‘Runabout’ as well as a number of tractors and large quantity of spares and automobilia.

There are several vintage cars too including a 1921 Marlborough, several vintage Rolls-Royces, a 1919 Calthorpe coupe, 1935 Alvis Silver Eagle coupe and 1941 BMW 321 saloon. Also represented in the collection are examples from British car marques Triumph, Morris, Austin, Ford, Humber and Riley.

“It is not every day one comes across such a remarkable find,” said Nicholas Sharp of auctioneer Perkins George Mawer & Co. “It really is a time warp. The opportunity to liberate these automotive gems is a great privilege. The vehicles are best described as being in ‘barn find’ condition but are mainly complete. 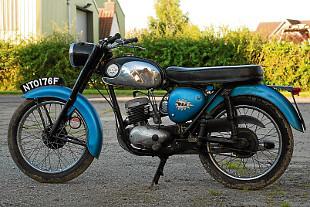 “After weeks of battling through vegetation and crumbling sheds we are finally in a position to go to market and hopefully realise the true value of this unprecedented cache.”

Mr Linegar, a university graduate in mechanical engineering, pursued several careers during his lifetime including television and radio repairs, lecturing at Grimsby College and working in the motor trade with renowned Grimsby car builder ‘Lloyd’. Much of his spare time was dedicated to amassing his collection of vehicles and spares.

The Linegar Collection will be sold by auction on September 29. For further details call 01673 843011 or visit www.perkinsgeorgemawer.co.uk