A sensational prototype three-cylinder two-stroke racer will be taken by Sammy Miller to the Carole Nash Classic Mechanics Show at Stafford on October 14-15, when it will be joined by the historic 500cc Gilera four in celebration of the late Bob McIntyre’s first 100mph lap of the Isle of Man TT course during the Senior in 1957.

The 750cc triple, featuring a five-speed gearbox, leading link forks and a twin-cam front brake, was designed by the late Bob Tait, who was overcome by cancer before he could finish it.

The prototype racing machine was sold to the Sammy Miller Museum so that Bob’s lifelong desire to have it completed could be realised.

Both machines will be on the Footman James stand in the main hall at Stafford (see full review on next page).

Below Right: Immaculately completed in memory of its designer, the late Bob Tait, this is the beautiful-looking 750cc two-stroke triple prototype that Sammy Miller will be taking to the Stafford show. 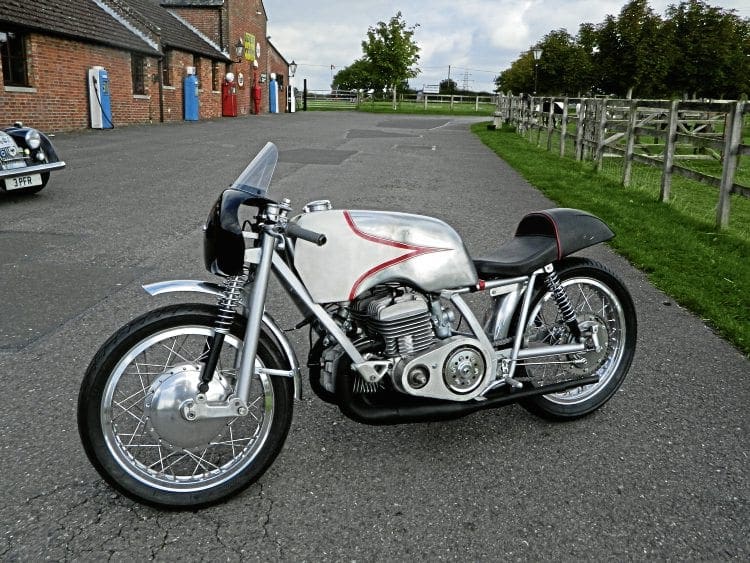 Read more News and Features in the October issue of OBM – on sale now!