May I add a last word on that picture of the gathering of flat-tankers outside the Hunter’s Lodge Inn that appeared in OBM (February)?

The venue is at Priddy, about halfway between Cheddar and Wells, well up on the Mendips in Somerset, and the picture would have been taken during a meal break by members of the Somerset section of the Vintage Motor Cycle Club. 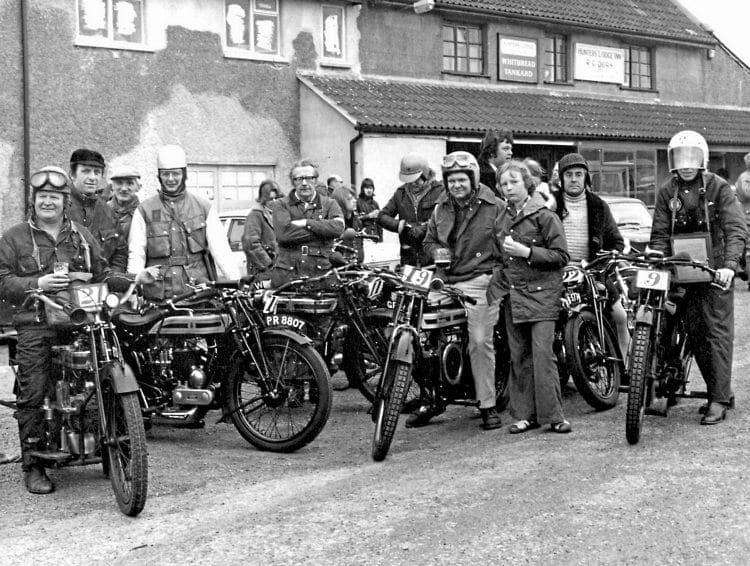 The others I cannot remember because the picture must have been taken about 38 years ago.

With the vintage sections of shows and other events seemingly dying out these
days, it’s good to see items like this in your paper to remind people of what things used to be like.

Read more Letters, Opinion, News and Views in the April 2018 issue of OBM – on sale now!