Mention the words King Dick and most polite people will simply think ‘spanner’ – but Bill Whiteley’s new book, The Quest for King Dick, leaves us in no doubt that the quality spanners for which the revered trade mark is renowned represent just a fraction of the diverse output of Birmingham’s former Abingdon Works. 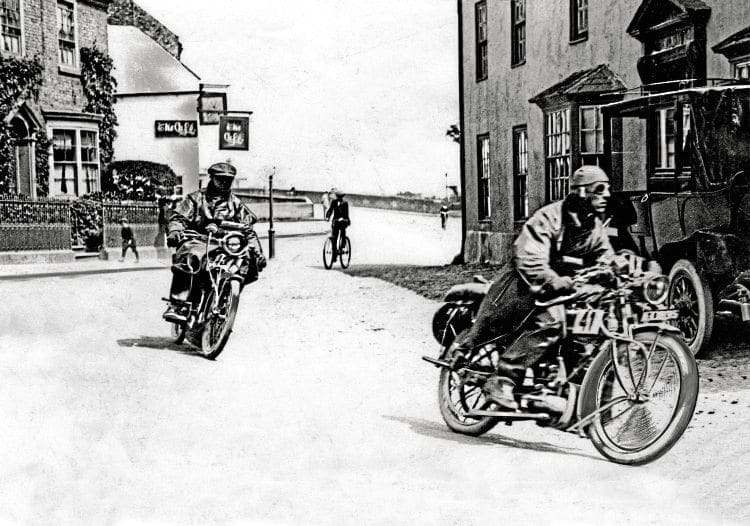 In effect, the story of ‘King Dick’ is the story of the diversity, inventiveness and sheer ingenuity that made that great city become a world leader in engineering, and Abingdon products ranged from guns and spanners to bicycles, motorcycles and much else besides.

After starting life as a manufacturer of small arms and their associated tooling in the middle of the Industrial Revolution, Abingdon Works became one of the last-recorded mid-sized makers of motorcycles, and Bill’s book tells the whole story before it becomes lost in the mists of time.

The extent of Abingdon’s involvement in the evolution of two-wheeled transport from velocipede to lightweight motorcycle will come as a huge surprise to many, as will many other aspects of the history of the firm that are revealed in this brilliant 156-page book.

Why Abingdon Works? The story began with a long and tedious 84-mile journey from Abingdon to Birmingham when an 11-year-old boy walked alongside his mother and two young sisters beside a rickety cart loaded with the meagre family possessions. Some days later they finally arrived at Aston, Birmingham, and moved into their new home in Upper Windsor Street.

The young lad’s name was Thomas Mabbutt, who later became an apprentice in the city’s gun quarter, learning the skills so well that within a decade he’d placed his first advertisement in White’s Directory as ‘Thomas Mabbutt, Gun Implement Maker’.

By the time the first advertisement mentioning the name ‘Abingdon Works’ was placed in 1897, Mabbutt was becoming so well known in manufacturing circles that, two years later, he was proposed for membership of the Institution of Mechanical Engineers by noted industrialist Andrew Muir.