Twenty members of the Stratford-upon-Avon Motorcycle Club visited the Sammy Miller Museum for a very special reason – to see their friend’s unique bike which had been restored by the museum workshop.

The group had been friends with Bob Tait, engineer and innovator, and would meet with him on Thursday evenings to discuss motorcycles, motorcycles and motorcycles! 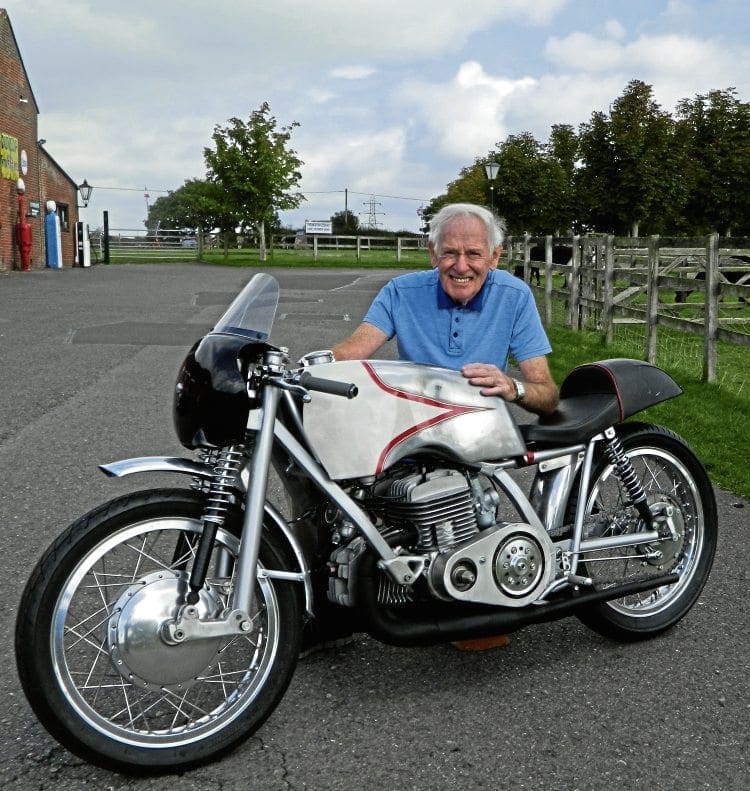 When Bob Tait was diagnosed with terminal cancer he set about putting his affairs in order and sold his bike to the museum, knowing that his lifelong desire to have his three-cylinder racer completed could be realised.

Sadly, Bob died in July 2017, but Sammy (pictured, right, with the completed bike) and Bob Stanley completed the restoration of the bike which is now on display in the museum. Bob Stanley fired up the bike for the club, and Alan Wright had the opportunity to ride the bike around the complex. A treat indeed and something he said he can now cross off his bucket list!

Read more News and Features in the December 2018 issue of OBM – on sale now!