Please note that OBM’s report on page 6 of the October issue, about a celebration of 90 years of grass track racing at the National Motorcycle Museum on Saturday October 14, will take place not in the museum itself but rather in the museum’s conference centre as a private function starting at 6pm, with admission by ticket only. The report that OBM was kindly sent by organiser Rob Lidgate did not make this clear.

There will be a buffet meal and interviews with the great champions of the past, and displayed on screens will be photographs taken from the 1930s to the present day by some of the best action photographers in the country.

Tickets must be purchased in advance. 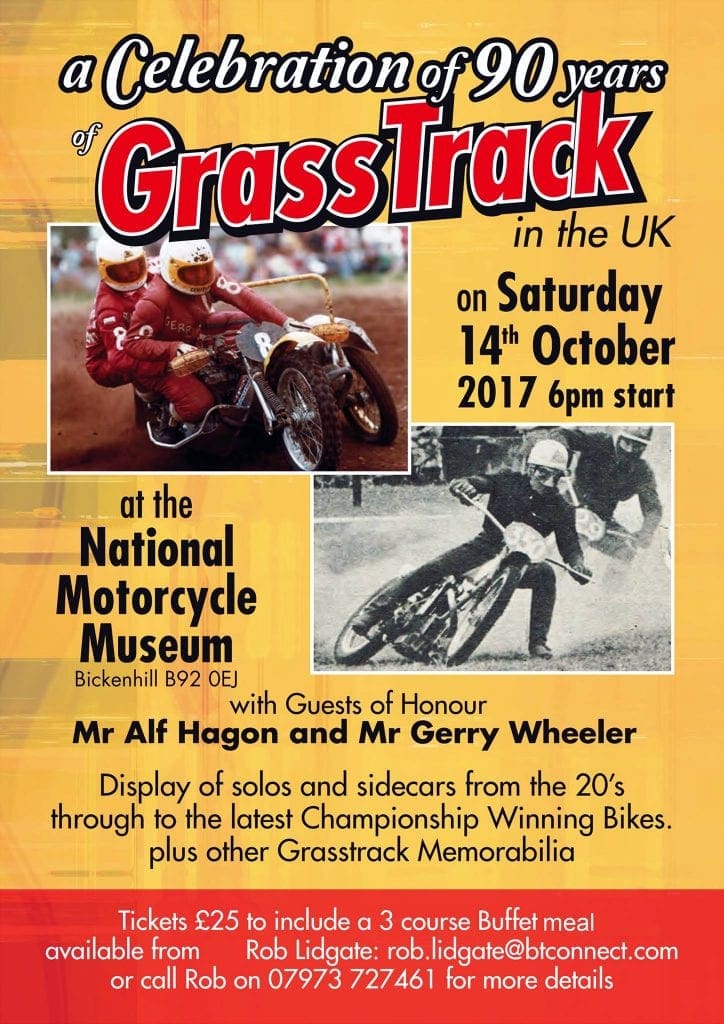