Somebody gave me this insurance document, which was being thrown out. 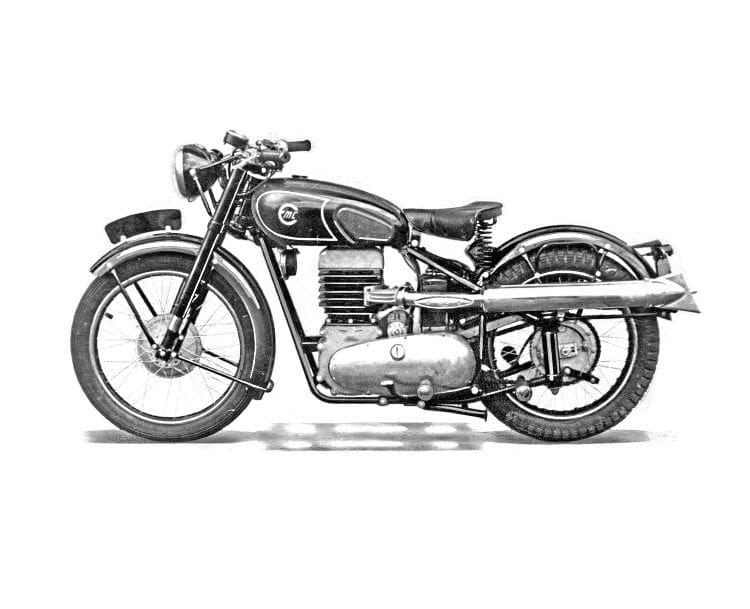 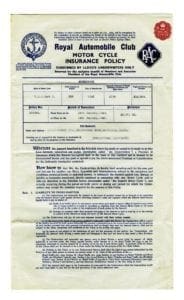 I have never heard of one, but have found out that it was a twin cylinder two-stroke with one combustion chamber.

I know how a single cylinder, two-stroke works but the EMC has two cylinders.

One does the inlet and transfer bit and the other exhaust.

Does anyone know anything about this bike?

Rather than answer this editorially with a delve into the Mortons archive – apart from plucking out one picture – we decided to put this out to the OBM readership to see if any of you have any tales of ‘split single’ EMC (Ehrlich Motorcycle) ownership… As an aside, after inspecting the documents that Mick sent, it seems that, prior to the EMC, Mr Picknell owned a near-new BSA 250, and then a 10-year-old 498cc Scott. The EMC was changed for a 250cc OK Supreme after just eight months of ownership, with the policy also changing from fully comprehensive to third party, fire and theft. Did Mr Picknell have financial difficulties that meant he resorted to a cheaper bike
and policy? Ed