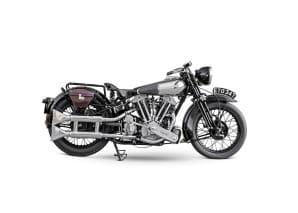 A new world record price was set for a Brough Superior – and for any British motorcycle sold at auction for that matter – when a German bidder in the room paid a staggering £331,900 for a 1938 750cc BS4 that came up as part of the ‘Broughs of Bodmin Moor’ collection during the Bonhams’ Stafford Sale on Sunday, April 24.

Believed by many to have been destroyed, they finally came to light last year in the Cornish village where they’d been rotting away for the best part of half a century.