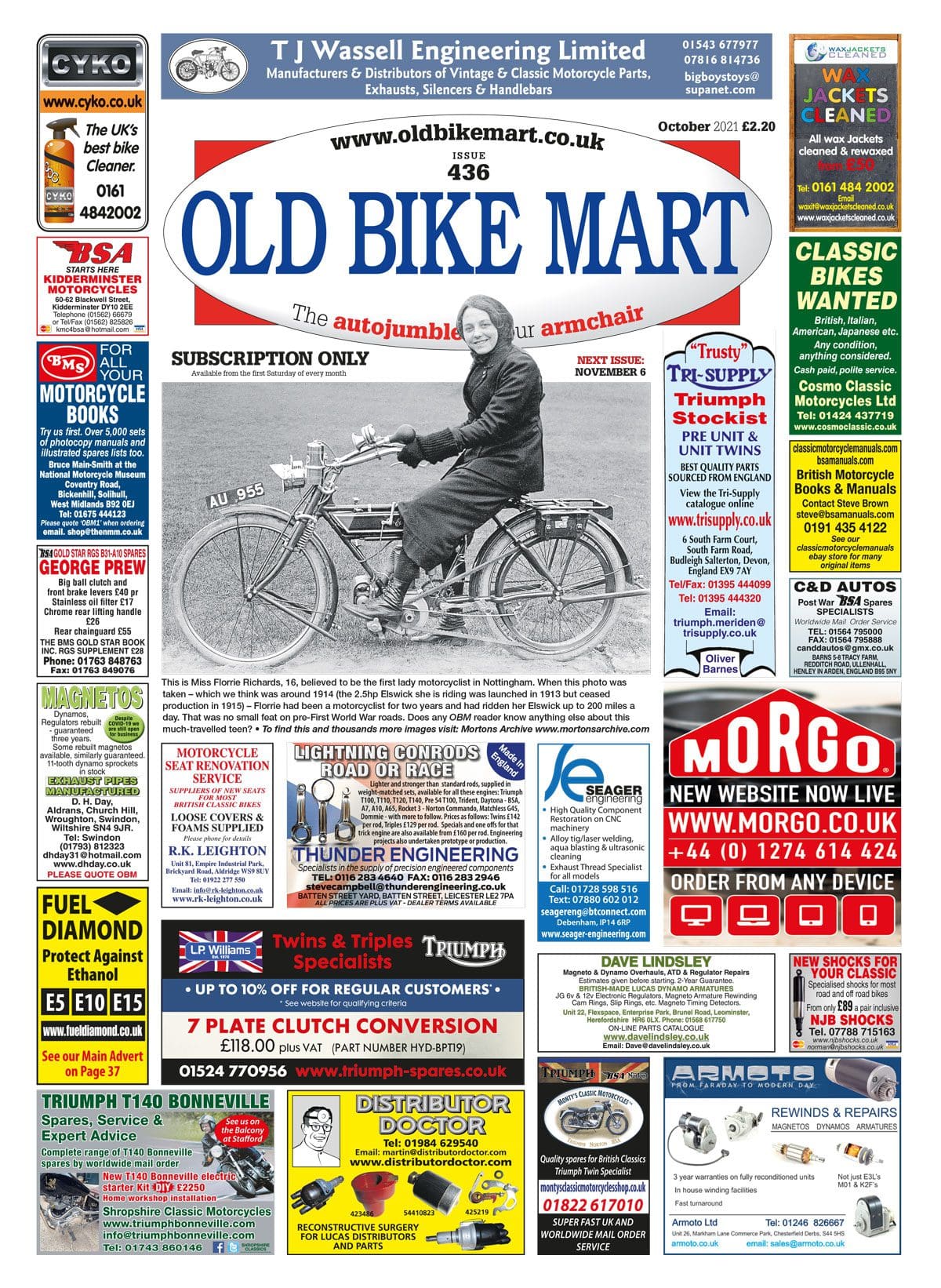 Word from the Editor

There is one word which will have been on many people’s lips of late and that word is, of course, ethanol. Or, to be more accurate, E10 petrol and its implications on our classic vehicles.

With most petrol stations moving over to selling E10, people have been confused as to whether their vehicle can run happily on the new grade, so called because it now contains 10% ethanol. The Government has blithely said that around 95% of petrol-powered vehicles are compatible with E10 fuel, a figure which, quite frankly, I find hard to believe.

The benchmark appears to be any car manufactured after 2011 (although even then there are vehicles within that catchment period which are non-compatible) which isn’t any one of our fleet of nine motorcycles and cars. My local petrol station is sticking with E5, or what we once upon a time two months ago just called ‘unleaded’, because it believes that up to 80% of its rural customers have vehicles which will be ill affected by E10.

But, as E10 is here, what are the consequences? Well, virtually all bikes will actually run on the stuff; it is, after all, a fuel. So, basically, it’s damage limitation. One of the primary problems with ethanol is that it’s hygroscopic and absorbs moisture.

That moisture can, over time, lead to corrosion of metal parts, something which is also affected by humidity, changes in temperature and how much fuel is in your tank (the less fuel, the more air space and consequently the more generation of moisture). E10 goes stale quite rapidly and undergoes ‘phase separation’; in short, the ethanol separates from the petrol as it absorbs more water.

This will affect motorcycles which are used infrequently and the parts at risk are, as you might imagine, fuel tanks, taps and carburettors, not to mention brass, copper, zinc and other metal components. If you are likely to not be using your machine for more than a month or two, then it is a very sensible precaution to drain your tank and carbs although do check that seals don’t dry out during that time.

But yes, there’s more. Ethanol also attacks rubber components and that will include seals, gaskets and pipes, although this will depend very much on what those components are made from. I understand that neoprene is extremely resistant to ethanol, so if you have neoprene fuel pipes then you should be okay. However, many seals and gaskets are made from elastomers which really, really don’t like ethanol. The problem is actually knowing what your gaskets and seals are made of and therefore, if using E10, it’s probably best to keep a watchful eye on whether such parts are being affected, whether swelling or becoming brittle, or replace with more suitable components.

There are a number of additives on the market which claim to stabilise ethanol and so negate the effects of leaving fuel in an unused bike for an extended period of time. I have no idea yet how well these work and I would advise that if you intend to use one, you buy from an established and well-known company.

As happens in these situations, there will be ‘snake oil’ solutions appear from nowhere, promise the earth and fail to deliver.
Another option for a motorcycle which is in storage for any time is to keep the tank either empty (which can cause problems as previously mentioned) or full to the brim with as little headspace as possible in the tank. It has also been recommended that, if you plan to lay a bike up for several months, you fill the tank with ethanol-free alkylate fuel. This is available under the brand name Aspen in this country, in versions suitable for either two or four-stroke engines, although it is costly. It’s currently priced at £4.90 a litre but it does apparently work very well and is very stable.

For everyday use I will be continuing to use E5 (most brands of which contain only 2-3% ethanol and some, like Esso Synergy Supreme+ 99, are actually ethanol free in many parts of the country) in my classics. Currently, the Government says that this will be available until 2026 – and probably beyond – but it is a case of checking what your local fuel station stocks. And, of course, E5 is now the more expensive option…

Perhaps the irony is that E10 is being introduced in order to reduce CO2 emissions by 750,000 tonnes per year, the equivalent of taking up to 350,000 cars off the road. Yet, E10 is actually a less efficient fuel than E5 and so engines have to burn more of it.

Tests have shown that E10 increases fuel consumption by an average of 3% which means more petrol is being burned and thus more purchased with the extra cost being paid at the pump. And just wait until we get E20, because that’s coming just down the road…