There’s only one subject I can possibly write about in this month’s ‘Prattle’ – the wonderful achievement by Michael Worthington-Williams, who has been a much-respected contributor to Old Bike Mart for around a quarter of a century, in being made an MBE in the Queen’s Birthday Honours List.

Now 80, Michael, of Newcastle Emlyn, Carmarthenshire, received the award for services to automotive history, and he’s still supplying those services in full with his monthly ‘Unearthed’ and ‘Feedback’ pages in this journal. 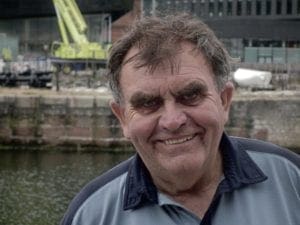 He’s been writing features about vintage vehicles for an amazing 63 years now, ever since his first was published in Brighton’s Evening Argus in 1955 when he was just 17.

His love affair with motorcycles began in 1956 when he acquired a 1926 BSA V-twin combination. After
a life as a police squad bike with Hove police, the BSA was later used as a motorcycle taxi on Brighton’s sea front with a coach-built Noxall coupe sidecar.

Michael spent 19 years as head of Sotheby’s vintage vehicle department, and the following 20-odd years as a consultant for Bonham’s, a capacity in which he remains to this day.

His encyclopaedic knowledge in helping retrieve original registration numbers is legendary, and the time it must have taken him to do all this over the years is incalculable.

Of all the features that come in to Old Bike Mart each month, his ‘Unearthed’ and ‘Feedback’ pages always intrigue me more than most, for they reveal makes of motorcycle I’d never heard of before (some of them not even listed in so-called definitive works), and his love of old vehicles and ever-helpful nature never fail to shine through.

Michael’s citation states: “His contribution to the field (of services to automotive history) has been immense, through publications, books, magazine features and sometimes as the editor of journals”, and I’m sure many of our readers will heartily join me in offering this doyen of automotive history
our warmest congratulations.

“It was a pleasant surprise, if totally unexpected,” said Michael, “and it is very nice to be recognised” – and we all say “Hear! Hear!” to that!