A single glance through Old Bike Mart reveals just how many great events the various sections of the Vintage Motor Cycle Club bring to us each and every month of the year.

In this issue alone we have lovely reports by John McCrink on the Beamish Trophy Trial organised by the club’s South Durham section on September 17; by Keith Rhodes on a new Hastings Vintage & Classic Bike Show organised by the South Eastern section; by Peter Monk on the presentation of a £1000 cheque by the Taverners section following this year’s Founder’s Day Rally at Stanford Hall; and by Graeme Rimer about the ambitious plans for next year’s Golden Era Run starting from Elvington, near York, which will have a First World War theme. 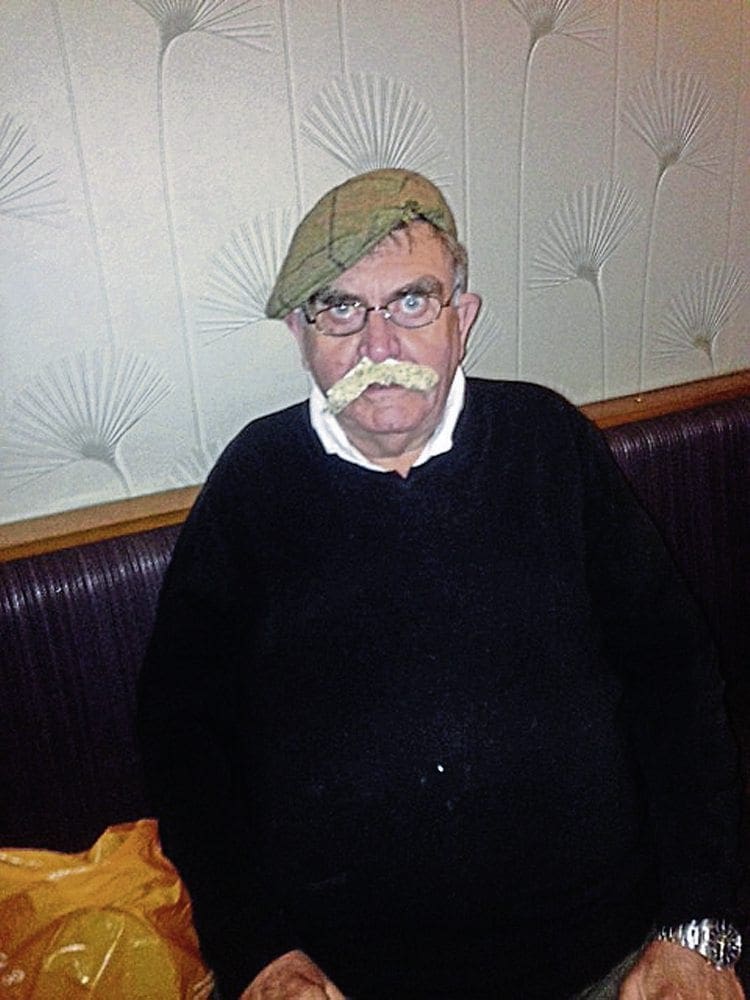 The countless hours of pleasure enjoyed by spectators and participants alike at events like
these bring home the massive reach of the VMCC in the lives of every classic and vintage enthusiast in the country, and despite the inevitable squabbles and disagreements that break out in any large organisation, let us never lose sight of all the good the work of this hallowed institution and its many branches achieve year in, year out.

Long may it continue!

People sometimes ask how many years ago my usual ‘Prattle’ mug shot was taken, and the answer is not many – so for once I thought I’d bring the image a bit more up to date.

It was taken at my brother Geoff’s 70th birthday party on Saturday, October 7, when I recited two of George Marriott Edgar’s famous rhyming monologues, The Lion and Albert and The Runcorn Ferry, which were performed at music hall theatres throughout the country by Stanley Holloway and others.

Although Stanley lived in Hampstead, London (as I did when I worked for Motor Cycling in 1965), he’d developed a perfect northern accent while serving with a Yorkshire regiment during the First World War. Performers who weren’t sure about the stage dialect were always told: “If thaz stuck on ’ow to pronounce owt, wear thy flat cap – it’ll ’elp!”