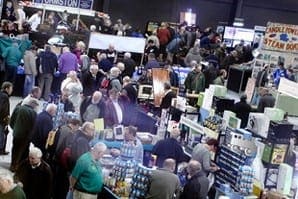 This month's news titbits include:
• Entry appeal as Manx continues
After a successful first event in 2012 the Manx 100 Mile Long Distance Trial is on for this year on Sunday, July 28. The first one was well received and the organisers hope to attract more mainland UK entries.

Says the clerk of course Ritchie Freeman: “We encourage classic type machines, trials, trail and enduro bikes in twinshock, air-cooled mono, etc as well as modern bikes.” Peveril MCC is handling the organisation, secretary is Denise Kissack, 01624 8512279, www.iomtrials.com or call Rich Freeman CoC on 07624 318209 for details. Entries out in May.

• Spy in the sky… or up a pole
There is a new type of detection camera designed for surveillance on UK roads, especially Derbyshire, and it’s expected to be operative by Easter.

The worrying thing is it seems specifically aimed at one section of road user – and we’re not talking the four-wheeled variety. Equally worrying, an article  on one news website carried quotes from the operators of the scheme saying special sensors have been buried in certain roads to distinguish types of vehicle and were tuned to pick up one specific type.

The laudable aim of ‘casualty reduction’ is mentioned several times, but what could be the  worrying aspect of targeted surveillance of one particular group is washed over. Were such measures aimed at specific ethnic, political or gender groups would concerns be dismissed?

• Website for motorail company
A firm which arranges rail travel across Europe for motorcyclists and their bikes is launching a new website.
Railsavers offers services to destinations including Alessandria near Milan, Italy; Livorno in southern Italy and Koper in Slovenia. Passengers get to travel on the same train as their motorcycle. Visit www.motorail-rider.com

• Little machine are a big draw at model exhibition
More than 1400 models went on display at the London Model Engineering Exhibition.

The event, held in Alexandra Palace, also involved demonstrations of remote controlled road and airborne vehicles and organisations including the Imagineering Foundation were on hand to talk to budding young engineers. There were passenger rides behind 5in gauge steam locomotives and seven large railway layouts.

More than 50 clubs and societies set out displays to show what their members can do and 55 traders gave enthusiasts a chance to see and buy the latest modelling products.

• Magpie range continues to grow
Peter Middlemas, the proprietor of Magpie Motorcycles in Coventry (the well-known English motorcycle restoration specialists) has recently announced an extension of his business’s range of activities.

Peter started Magpie in 1997 when he prematurely ended his career in further and higher education. Initially, he undertook several restoration commissions each year and some repair and servicing work.

Pressure from satisfied customers was such that an informal ‘hobby’ type business soon expanded to a thriving full-time occupation! Ten years on and Peter is about to expand the range of activities undertaken by Magpie Motorcycles further because he is about to be joined by his younger brother Ian.

Ian has recently taken early retirement after a 30-year career as an engineer in the Royal Navy and the Nuclear Industry. After purchasing some good quality equipment, Magpie is now able to offer specialist welding and general engineering work.