Raiding the bound volumes of the old ‘Green ’Un’ and ‘Blue ’Un’ weeklies in Mortons’ impressive Archive month after month for Old Bike Mart material, this reviewer loved the black and white, almost ‘scrapbook’ design of this large-format classic reprint by Jeff Clew from Veloce Publishing.

All the spontaneity, simplicity and promise of things to come that defined the 1950s come to life on every one of its 144 pages – and who needs colour anyway? 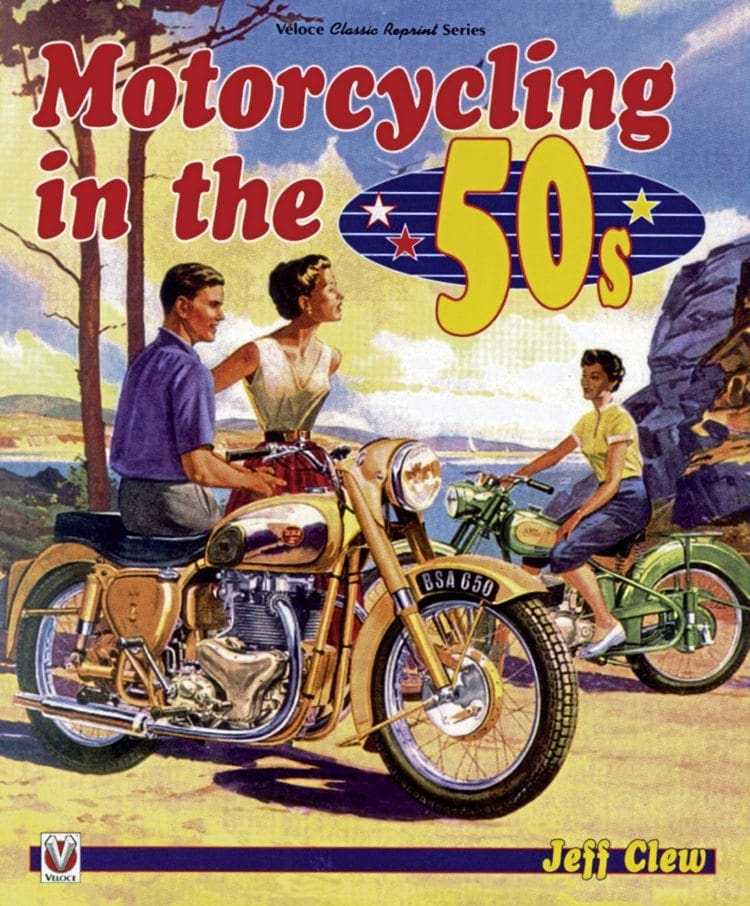 Liberally laced with old photos and period adverts, it takes the reader on a fulfilling trip back through time, from the ‘things can only get better’ feeling of the decade that began with the Festival of Britain in 1951 and the Coronation of Queen Elizabeth II in 1953.

There was none of the fancy riding gear of today, and for the 1950s motorcyclist, finding the ‘right’ bike gear could be something of a problem. The cheapest way of meeting this need was to look up the ex-servicemen’s offerings from the Army & Navy Store or Pride & Clarke, or (if you could afford it) buying a properly tailored riding suit from the likes of Armadrake
or Belstaff.

From the slowly evolving bikes of the time, including autocycles and early scooters, to the burgeoning trials and scrambling competition scene, everything that defined the mid-20th century motorcycling boom is covered. There’s a great chapter on the TT, and as the pound in people’s pockets slowly grew, the gradual decline of the sidecar outfit and the brief popularity of the bubble car (before the Mini of 1959 made car ownership possible) are also described.

At its launch in the early 1990s, the horizontally opposed six-cylinder Honda Valkyrie was seen as one of those over-the-top dream machines that many of us at first fantasised about and then quickly put out of our minds as too big, too heavy, too expensive, too impractical and perhaps more of a chrome-ridden showboat than the kind of fast, light, nimble and sharp-handling motorcycle that arguably most of us would prefer to own.

But that was here, not America, where the art of showing off is part and parcel of the motorcycling lifestyle. Peter Rakestrow’s book tells the entire history of the ultra-smooth cruiser, from its conception to the ever-bigger, bulkier and more showy models that evolved from the original GL1500 Valkyrie/F6C model of 1991. 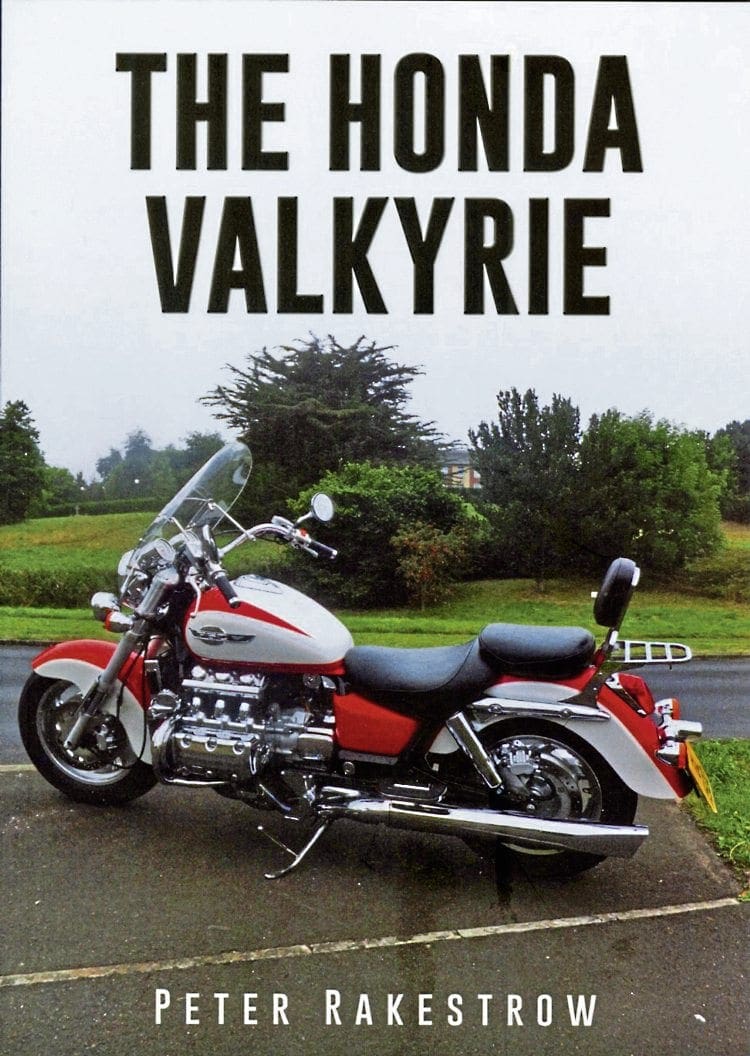 The book begins with a very interesting chapter about Honda’s founder, Soichiro Honda, a blacksmith’s son born in the village of Komyo in 1906. Hands-on in nature just like his father, he eschewed book learning so instead took an apprenticeship in car mechanics in Tokyo. This led to him opening a car repair shop in Hamamatsu, growing rich and taking up car racing.

If the lavish cruiser style is for you – and its many keen UK followers enjoy a wonderful social calendar – then you’ll love this book. PK