May I introduce your readers to Kitt Stappard, a friend and neighbour who gave up smoking after a year when she realised she could buy a Vespa with the money instead? This lasted a
short while until she ‘upgraded’ to a Lambretta.

The accompanying colour photo of her on a modern bike was in response to her comment that she’d once done the ‘ton’ on the back of a Vincent over the Cat and Fiddle to Buxton. 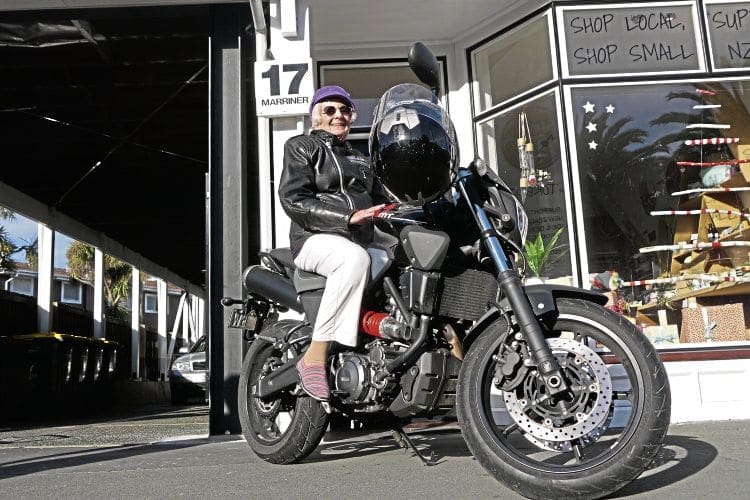 Her main memory of this was when her tortoiseshell spectacles were pushed flat and ruined because neither of them was wearing a helmet!

On the first black and white photo she’s seen on a Triumph in Derbyshire in the early 1950s – and biking must have been in her blood because the final picture shows her mother doing exactly the
same thing.

What game ladies, Paul – and for some reason the number plate on the tasty Triumph, LOL 875, rings a bell. Can anyone help out on this? – Ed.

See more images relating to this letter – read more Letters, Opinion, News and Views in the March 2018 issue of OBM – on sale now!