Those readers who receive this issue just before the H&H Classic Motorcycle Auction at the National Motorcycle Museum on Sunday, March 4 might like to know that the online auction catalogue can be found at www.handh.co.uk .

As well as the rare and historic 750cc Honda four described on the website, the range of lots includes machines from entirely opposite ends of the spectrum like those illustrated here. 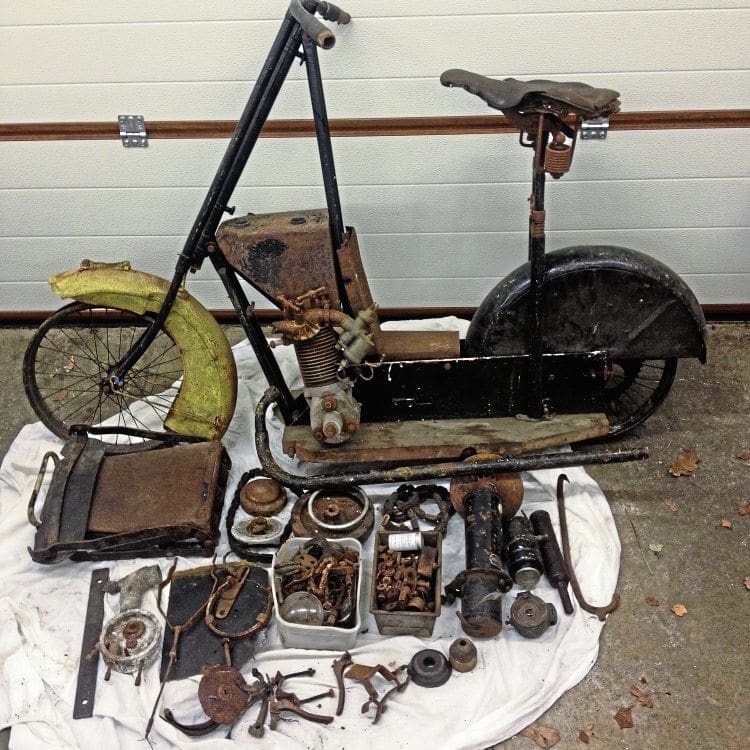 The apparently complete c1919/20 ‘basket-case’ 142cc Kenilworth scooter will be coming up as Lot 60, and Lot 126 is a 1951 Vincent Comet Series-C, with matching numbers, that’s had only three owners from new.

It comes with a V5 and original buff-coloured log book, and has been in the hands of its current owner for the past 15 years. After being road-tested at the factory on December 11, 1950, it was dispatched to King’s of Manchester two days later and registered to its first owner on January 3, 1951.

Read more News and Features in the March 2018 issue of OBM – on sale now!