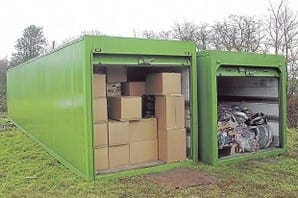 Watsonian was the UK importer for new Royal Enfield motorcycles from 1999 until earlier in 2013, when MotoGB took over the reins. During this period Watsonian sold a lot of Royal Enfields, both factory original and its own customised versions, such as the Woodsman and Clubman.

Watsonian still sells Royal Enfield motorcycles, both new and used, though concentrating on other activities including the production of sidecars and luggage trailers, as well as a newly acquired distribution deal for Kuberg electric trials bikes.

There are about 20 tons of spares, including factory parts for all models dating from the 1980s to the latest models as well as parts for the Watsonian built Clubman, Woodsman and Fury.