Octogenarian David Grainger, who still rides a 1977 MZ TS150 and a 2009 Triumph Bonneville, tells of his adventures with a fully equipped Ariel Leader that he bought from the fondly remembered Rouse family garage in Kettering during the spring of 1959.

I purchased my Ariel Leader (TBD 712) in March 1959 from the Rouse family garage in Wellington Street, Kettering. It was an establishment I’d known since childhood because, like many other small businesses of its kind, it did cycle repairs as well.

It had quite a wide frontage between a corner house on King Street and a row of terrace houses, and the shop entrance was on the right, although most customers
went in through the double-door access at the other end, past the wide shop windows that usually had little on display. 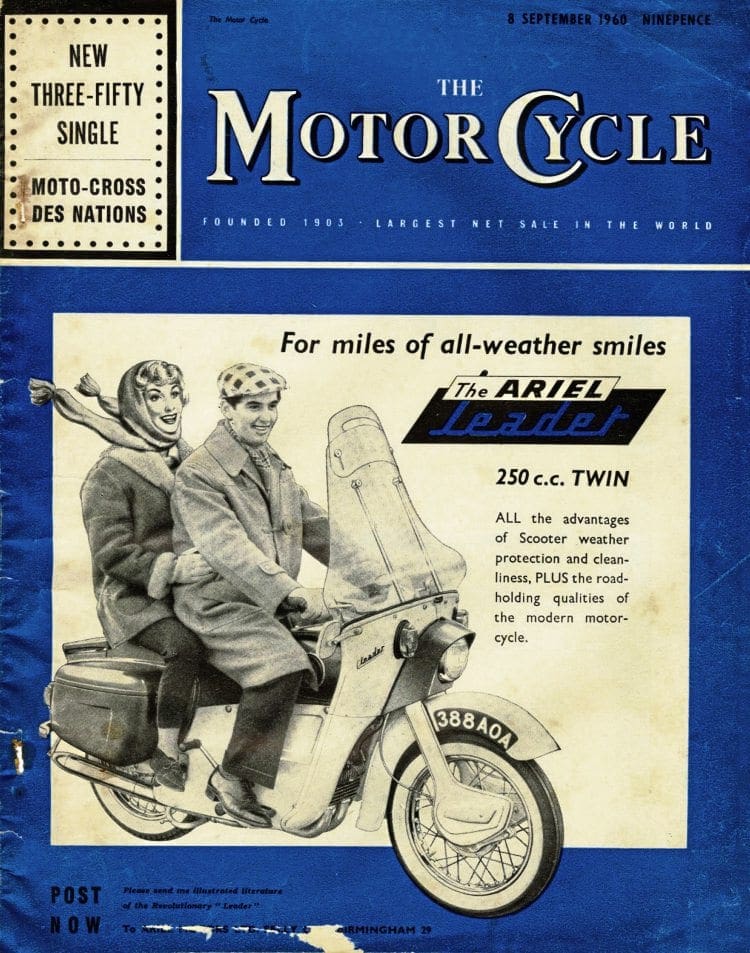 To the left of the double doors was a single National Benzole petrol pump. The fuel was pumped by hand up to the glass container at the top from where it was drained down into the customer’s tank. The amount of fuel needed had to be specified beforehand.

Through the double doors there was a storage area to the left, and the workshop was to the right behind the shop. Mr Rouse, whom I always addressed as such, didn’t seem to mind small boys standing at the entrance watching.

In my early days, old Mr Rouse senior would be pottering around. I learned that in the early 1900s the family had started making their own motorcycles, but I cannot recall the name used. They were also involved with the ‘new’ flying club at Sywell, which accounted for the large wooden propeller on the far wall of the workshop.

My Leader, which replaced an Excelsior Talisman Twin, came with all the options available at the time, but I couldn’t get it down the passage between the terraced houses where we lived, so it had to share the garage with my father’s Ariel Square Four outfit that was a mile away from our house.