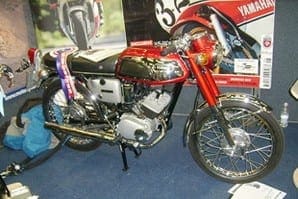 In 2012 the idea of an overall champion, by enthusiasts’ vote rather than an arbitrary decision by a panel of judges, was tested out. Basically the Best in Show at each of our 2012 shows went into the ring against each other and enthusiasts could log on to Classic Bikers Club, or ring and vote for their favourite motorcycle in the line-up.

The concept worked well and the idea is back for 2013 – only bigger and better. Last year’s Super Six has now become this year’s Exciting Eight as there are a couple of new shows in the line-up this year. Who will win out in the end? No idea… but if last year’s contest is anything to go by then the entrants will be a diverse bunch. Newark’s winner will be the second one to go forward in the 2013 contest as the first one was the winner from last October's Stafford show.