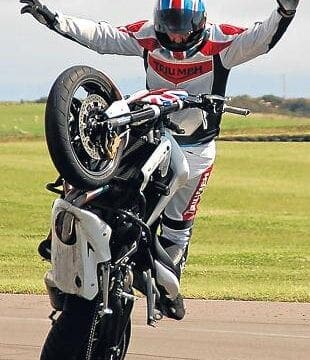 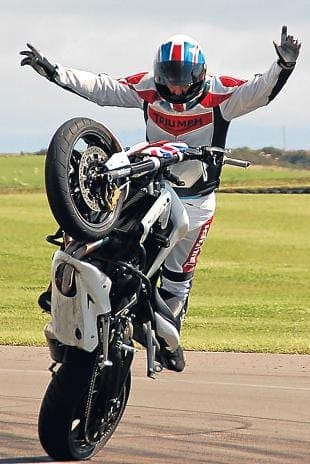 The Carole Nash Great Scottish Motorcycle Show, taking place at the Lanark Agricultural Centre on May 12-13, is being run in conjunction with Robbie and Margaret Allan. Robbie and Margaret are experienced at running shows and as Scots they’ve a fair idea of what’s needed in the calendar for Scotland.

In a slight departure from the normal shows run by the Mortons group, the Great Scottish Show will cover all aspects of motorcycling.

There’ll be a strong classic element true, but you will also find a lot there for whatever aspect of two- and three-wheeled motorcycling you’re interested in – be it on- or off-road.

Yes, throughout the weekend there’ll be trials and scrambles demos going on, interviews with the riders and a chance to see what it takes to get involved in the exciting cut and thrust of off-road sport.

One of the more popular aspects of our two Stafford based shows is the Classic Racer Grand Prix Paddock area where a selection of tasty race bikes will be fired up for the delight of race fans. This spectacle will be heading north too three times a day the Lanarkshire showground will hear the rumble, howl and scream of race engines.

On the subject of race action, our two special guests for the show will be names that not only racers will know but anyone from the world of motorcycling – Jim Moodie and Donnie McLeod. The two lads will be interviewed on stage and will surely have a tale or two to tell.

With a great club scene in Scotland, there are some tasty machines in the club concours. A wander around the halls will reveal gems like the Scottish Cub Fest, devoted to the single cylinder Tiger Cub and Terrier models; Scottish Ducati Club who have a selection of singles and V-twins from 1975 to well into the new millennium; Triumph Owners’ Club with Meriden and Hinckley models; Suzuki owners, Yamaha XS1100 register and… well loads more too.

Of course it wouldn’t be a show without trade and autojumble stands and the local traders plus some of our regulars have done us proud for this first show in Scotland. So, check out the trade stands and see if there’s something you need. The autojumble could well be hiding that elusive spare to finish off your restoration so you can display at Lanark next year.

A totally new aspect to our shows will be the stunt riding of Kevin Carmichael. This popular performer will make you wonder just how anyone can do such things on a perfectly innocent Triumph. His show will include wheelies, donuts, hands free riding and a whole load more amazing stunts, don’t try this on the way home.

The show will be easy to access from all major routes. It’s close to Glasgow and Edinburgh and close enough for enthusiasts in the north of England and all over Scotland to attend. There’s lots going on over the two days, the weather will be fine, trust me on this, I used to live in Scotland, it’s always fine in Scotland, so, go on, be there and you can say in years to come ‘I was at the first Great Scottish Bike Show’.