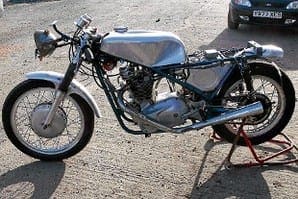 John believes it originated with a York-based Triumph dealer but from then on it’s variously described as possibly a Norton or even a Honda.

Its original registration states that it is a ‘Jax Special’.

Mr Mongomery said: “It looks like a Seeley Mk.II or is maybe a little Rob Northish but it is neither. My investigations show that a Triumph dealer in York in the 1970s produced this machine.

“There is a company called Jax Motorcycles in York. I have spoken to the guys there and they are now Yamaha dealers. They bought the company from the owner who passed away some five years ago. He was a Triumph dealer in the 1970s in York called Jack Cawthorne. My machine was originally described as a Jax Special when it was originally registered. 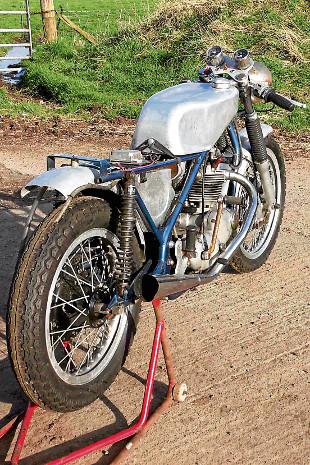 It has many changes through its life.
“In fact the V5 says it’s a Honda.

“It is decribed as rebuilt in the ‘for the official use only’ section. I wonder if someone wanted a special frame for his Honda engine? The reason for keeping the reg number as 1971 is that it’s tax free and 1977 would not be.

“My first question would be, have you any record of or have you heard of a Jack Cawthorne making frames – Jax specials?”