Given that the Royal Enfield factories in Chennai – all three of them – have been churning out a rather limited range of machinery for so long, when it was announced that a new model would be launched that would focus on the adventurous side of motorcycling with a less-than-subtle nod towards the most extreme roads on the Indian subcontinent, the world’s motorcycling press took notice!

However, we didn’t get to see the Royal Enfield Himalayan until much later than expected. It seems that there were a few issues with the bike being rushed into production a little too soon, with a number of reports from India regarding issues with the new model. 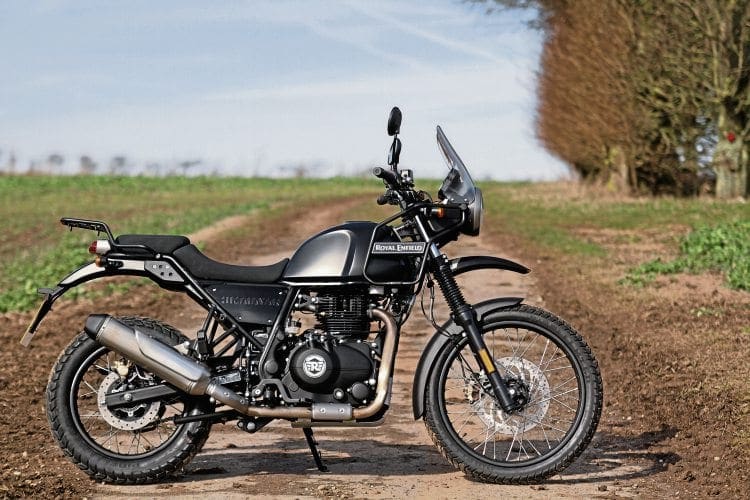 It appears that, in the panic to get a new model out and being used on the terrain for which it was intended, the factory had put itself under some unnecessary pressure that it wasn’t used to. After all, with nigh on 50 years of producing what amounts to the same model – with only minor variations between the different models of Bullet – bringing a brand new machine into the market place is going to bring some unexpected considerations.

A year later, however, the pressure has been taken off the Himalayan, thanks partly to some additional time to ensure that it is now the bike it was always intended to be (no fewer than 36 changes were made to the bike), and also because it has moved out of the limelight somewhat, thanks to the arrival of Royal Enfield’s most recent creation, the 650 twin.

We’ll be discussing the new Interceptor and Continental GT twins in a forthcoming issue but,
for now, we’re going to look at Enfield’s ground-breaking, adventure-focused single.

While the Himalayan was launched at the NEC bike show in November 2016, bikes arrived in the UK showrooms only last December, so they’re now on test fleets (this particular bike is a demonstrator at LMT Motorcycles in Louth) and complete with Euro 4 compliance, which is one of the reasons why they were a bit slow in getting over to Blighty. The addition of ABS has also seen a surprising reduction in weight for the Euro 4 bikes compared to the Indian home market machines!